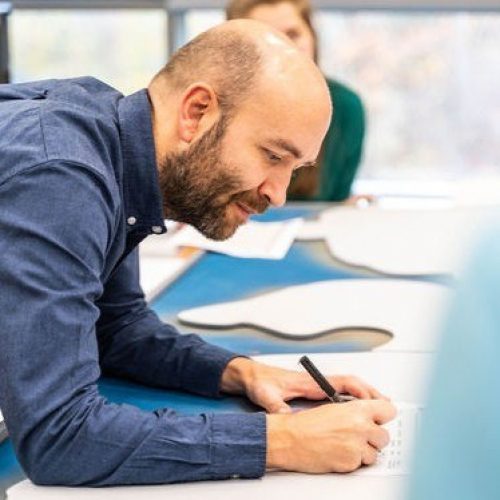 Welcome from Conference Chair at 08:00 on Day 1

Richard is currently the president of the Aberdeen Society of Architects (ASA), which is one of the 6 regional Chapters of the Royal Incorporation of Architects in Scotland (RIAS).

Another strand to Richard’s role with the ASA & RIAS is to assist in the provision of ‘continued professional development’ or CPD. This is one of the fundamental reasons that Richard has become so involved with Build It Aberdeen. The range and depth of topics covered by the conference provide local architects with a great opportunity to expand their knowledge on topics relevant to their profession.

Richard is also practising architect, currently with MGA Architecture, but in late November will make the move to another local architectural practice, TINTO. Having worked with several other architectural practices across Aberdeenshire as well as Keppie Design in Edinburgh, Richard has a wealth of experience of projects varying in scale from large new housing developments and unique wedding venues to much smaller-scale domestic extensions.

Through his career, Richard has always tried to focus on, understand, and utilise new technologies where they are appropriate. Richard has a real interest in collaborative working at various levels, including within individual offices, with clients, communities, other consultants and with end-users.